Hold your guns, there will be pieces on " Hateful rhetoric against Jews" as well. These articles are to acknowledge the existence of rhetoric that does not build bridges. My goal at this blog is to understand all issues and bad mouthing done by both sides and find solutions. -  Mike Ghouse 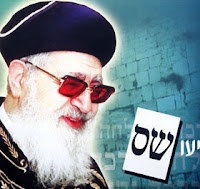 JERUSALEM (Reuters) – An influential Israeli rabbi has said God should strike the Palestinians and their leader with a plague, calling for their death in a fiery sermon before Middle East peace talks set to begin next week.
Abbas, Palestinians should die: Israeli rabbi


“Abu Mazen and all these evil people should perish from this earth,” Rabbi Ovadia Yosef, spiritual head of the religious Shas party in Israel’s government, said in a sermon late on Saturday, using Palestinian President Mahmoud Abbas’s popular name.


You report on offensive comments by an Israeli rabbi, but Arab imams say much worse every day. Additionally Arab media, schoolbooks etc. Are loaded with Nazi-like rhetoric.


Why do you refuse to report on Arab incitement? This is extremely unfair and a manifestation of bias.


The comments were news in part because they were not typical. Yosef is the spiritual leader of a key partner in Israel’s governing coalition, which was a compelling reason to do the story.


The timing – just before peace talks are to begin – provided more reason to write about the remarks, which were also given prominence by the Israeli media.


We have reported in the past, for example, on Hamas clerics who have made anti-Jewish remarks and even Hamas children’s TV shows that portrayed Jews as bloodthirsty killers: GBU Editor

A Shas campaign poster depicting the party’s spiritual leader Rabbi Ovadia Yosef is posted on a public bus in Jerusalem in a 2006 file photo. REUTERS/Yannis Behrakis