I take pride in being the first Muslim in the World to commemorate Holocaust in 2006, and every year after that as a step towards building cohesive societies, where we care for each others' suffering and stand up for the other.

I am committed to the Holocaust and Genocides Education and have been organizing the event for the last 7 years – www.HolocaustandGenocides.com . Our program is inclusive of all faiths.

It was quite a reflective tour at the Washington Holocaust Museum for me … which I will write about in the coming few days. 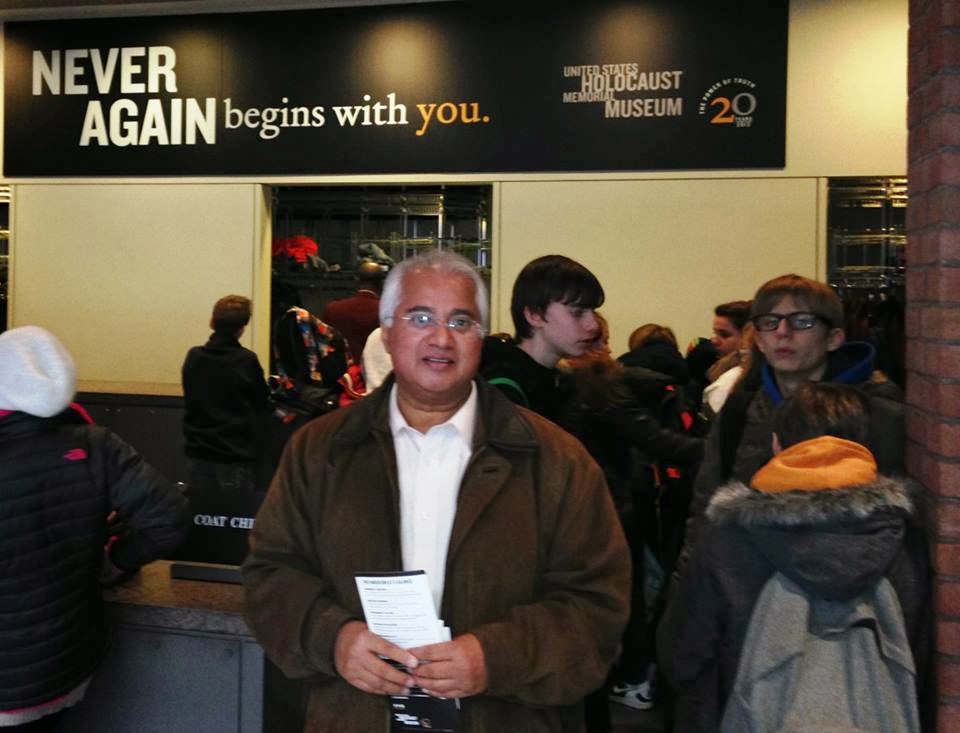 Carrollton resident Mike Ghouse was horrified when he heard last week that a security guard had been shot to death at the U.S. Holocaust Memorial Museum in Washington, D.C.

Mike Ghouse discusses interfaith tolerance and under- standing online and on air.
"I thought, 'Why do people have hate?' " said Ghouse, who 15 years ago founded the Foundation for Pluralism. "That was my first response."

The 57-year-old homebuilder and property manager sees the tragedy as a way for people to discuss their separate faiths, to forge understanding and to defuse religious tensions. His foundation's mission is to embrace the ecumenical ways of the world.
"There is not a faith we haven't covered," he says.

Ghouse is a Muslim who originally emigrated from the Bangalore area of India about 30 years ago.
"I will never claim my faith is superior to others," he said. "Every faith is beautiful to me. The inability to accept the differences of others causes conflict."

Ghouse is a frequent-flier in cyberspace, and many of his commentaries on ecumenical respect can be found at www.mikeghouse.net , on Facebook and on Twitter. The multilingual Ghouse also started talk shows on the radio geared toward the Diaspora from India and Pakistan. And when weekend worship comes, Ghouse visits services at Muslim mosques, Hindu temples, Jewish synagogues and Catholic churches.

His own daughter was so swept up by her father's pluralism.