Religions are always used and abused to suit one’s greed.  Part of the problem, not the whole, of the Israel Palestine conflicts is religious scriptures, and the other part is security.  All of us have reduced God’s wisdom to be bigoted, discriminative, and partial. Is this our God?

Take a look at the following interpretations of the verses, and let me know if you find a deeper meaning in it. May I suggest you not to worry about what the Pastors, Imams, Rabbis, Pundits or religious men say, what is that you see? 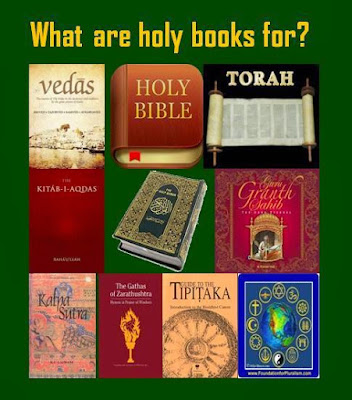 A few Jews believe that they are the chosen people. A few Christians believe Jesus’ arrival on doomsday will wipe out everyone but Christianity. A few Muslims think Islam is the only religion acceptable to God. A few Hindus, Sikhs and others have similar arrogant attitudes that they are the best, scientific or the oldest and wisest. Indeed, none of them is a wrong religion; the flaw is in our understanding.

As we collectively understand the deeper meaning of these verses, maybe we can knock off the religious aspect from the conflict and focus on the land aspect, which may be easier. No one is more privileged than others and no one is more than equal.

God is not a little guy; God is the creator. Should we reduce his words of wisdom to the narrow, exclusive claims as in above?

As we chose representatives to govern us on our terms, we need to appoint a God that cares for every human being and not bigoted.  The death of 58 Palestinians is despicable, and Netanyahu may get away with this, but the people of Israel will have to endure insecurities for years to come. When the world is on one side, that is 195 countries on one side and 5 on the other, there is bound to be resentment for the five who consistently violate what the community of nations decide.  Let's knock religion out of the equation and focus on the land issue.

A full blown article and a seminar are in the works. Your precise comments will be selected to go into the report.

Thanks to America, more and more religions are moving towards their central values, which are a common denominator of excellent benefits, and thanks to each group for chiseling out the fluff. America will eventually have its version of Islam, Hinduism, Jainism, Sikhism, Buddhism, Shinto, Paganism, Zoroastrianism, Tao, Dao, Wicca, and others.

The author is a president of the Center for Pluralism in Washington, DC and runs a think tank called World Muslim Congress. He is committed to building cohesive societies and offers pluralistic solutions on issues of the day.